Deborah Hallford, Co-Founder of Outside In World explores what's happened in Children's Literature in Translation over the last ten years.

World Book and Copyright Day on 23 April, is a good time to reflect on how the landscape of children's literature in translation in the UK has changed over the last decade. 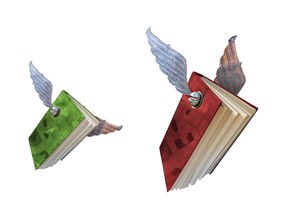 My personal journey of campaigning and promoting translated children's books started way back in 2004 while working at BookTrust as Head of Publications in the Children's Literature Department.  My work colleague Edgardo Zaghini, the Children's Literature Officer at the time, and one of the future co-founders of Outside In World, would regale me with all the wonderful books he had discovered during his visits to the Bologna Children's Book Fair and we would then discuss the woeful lack of children's books being translated into English from other countries.

For one of our children's literature projects we had recently partnered up with Siân Williams and her Children's Book Show (CBS), which took a tour of writers and illustrators around the UK, to work on creating a publication for schools that tied up with the Bookshow theme for 2004 – folk and fairy tales. Siân was, and is, a passionate advocate of books in translation.  As a former publisher, founder of CBS and translator from Italian to English, she firmly believes that there should be more books from other countries translated into English for both adults and children. The CBS's theme for 2005 was to be Children's Literature in Translation and we hoped to produce a second book guide to accompany the tour.  But with the declining economic feasibility of producing publications, a move towards more online resources and a major reorganisation of the children's team at BookTrust it resulted in a change of direction.

Moving from the safety of secure employment to the unchartered waters of becoming a freelance was daunting, but the idea of producing a resource around the subject of children's literature in translation began to take shape. Encouraged by Edgardo, Siân and Alexandra Strick, also an ex colleague from BookTrust and our third future Co-Founder of Outside In World, I began to draft an initial outline plan. At an award ceremony of the Marsh Award for Children's Books in Translation, a book prize recognising the best of translated children's books and an important promoter of translation since its inception in 1996, I was introduced to Patricia Billings of Milet Publishing. Patricia expressed great enthusiasm for the concept of a book and with Edgardo lined up as my co-editor and a possible publisher partner on board it suddenly seemed like a real possibility.

A grant from the Arts Council allowed Outside In Children's Books in Translation to become a reality. With a foreword by Philip Pullman, articles from contributors across the book world and reviews of over 170 books the guide was published by Milet in September 2005.

The book stirred up quite a bit of media interest from national press, including an interview for BBC4 radio as well as the education and book press. We felt that children's literature in translation was now firmly on the agenda. Throughout this time, together with Edgardo and Alexandra we began to discuss how we could harness this momentum.  From these discussions the seed of an idea began to grow and Outside In World was born.  The organisation was formally launched in 2007 at the Bologna Children's Book Fair by Axel Scheffler (one of our patrons) at an event hosted by Egmont Books.

Next year will be Outside In World's tenth anniversary.  A key question is; has anything changed in the children's book industry over the last decade in terms of children's books in translation?

Adult literature in translation has made greater strides, with many small independent publishers focussing on translation; the prestigious Independent Foreign Prize for Fiction, now merged with the Man Booker International Prize, that recognises both authors and illustrators and the European Union Prize for Literature and book reviews in the mainstream media along with the work of organisations such as International PEN, Literature Across Frontiers, British Centre for Literary Translation (BCLT) and The Free Word Centre to name but a few has ensured that it has a slightly higher profile. A Google search in 2015 for translated fiction reveals media lists, blogs and lists of adult titles.  Insert the word 'children's', however, and there is hardly anything. 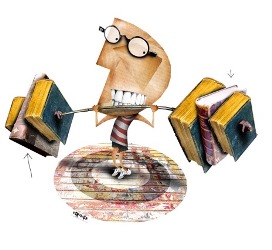 So as to whether children's literature is keeping apace with adult books the answer is most definitely ‘no’. Children's books have moved at a much slower pace, with only a small percentage of translated children's books in the UK, which brings us to the tricky question of the oft quoted 3%. In the introduction to the Outside In guide in 2005 I wrote that:

Although the 3% figure is regarded as no longer accurate, it is still unclear what the actual percentage overall is for translated children's titles. Outside In World has kept its own database of books that are sent in for review and form part of our unique book collection.  Although it can by no means be regarded as definitive, because we may not always have been sent every title translated, or the figures can be skewed by the reissue of classics in any one year.  Small, dedicated publishers regularly send us their books, but a mainstream publisher who only publishes one title may not and although we try to check annually what has been published it can be a difficult, all-consuming task, especially if a book is not recognised as a translation on a publisher’s website.

However, the extrapolated data produced some interesting results and helps to give a snapshot of what has been happening over the decade.

Of this, 443 were titles translated from European countries.

The top five languages were:

Other countries of Europe including Italy, Finland, Norway, Poland, Portugal and Spain ranged between 7 and 12 titles during this period, while three titles were translated from Greek and Icelandic respectively with further single titles translated from Croatian, Czech and Serbian.

Only 27 titles came from further afield:

Japanese was the most translated language followed by French (Canada) with between 6 and 8 titles. Portuguese, Spanish, Chinese, Russian had two titles each over the period.  Further single titles were translated from Yiddish, Hebrew, Turkish and Arabic. 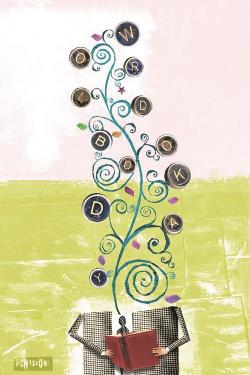 None of this will come as any surprise to the die-hard campaigners working in this area.  The most translated children's titles are picture books with the top language being French followed by German.  Fiction remains relatively low, particularly for young adults 14+, where there were 35 UK titles published across the decade.  Languages from further afield are almost non-existent, but perhaps the most interesting comparison was the fact that the total number of translated titles received by OIW in 2005 and 2014 were not dissimilar, 55 and 52 respectively.

Before rushing to conclude that nothing has changed and all work in this area has been in vain we need to look at the dynamics of the children's publishing industry.  Why, when we have more independent publishers focussed on translation do the figures indicate that nothing much has changed in the way of output in the last ten year?  The answer lies in the makeup of the publishing world: with merged publishing houses and smaller imprints being bought up the landscape has altered since 2005.  Some of the mainstream publishers that produced the odd one or two translated titles now no longer do so and other independents became part of a larger company with a different focus.

The good news is that the output has been replaced by new smaller independent publishers and art publishers with children's lists who all produce some titles in translation.  This has meant that at the very least the output has been consistent.  Within these ten years the figures have, of course, gone up and down with 2006, 2008, 2009 and 2010 being well below 50 titles while the other years have all been 50+ with 2013 hitting the highest figure of 60 titles we received.

Over the years that Outside In World has been campaigning we believe our work has helped to shape some of the debate and bring children's literature in translation to a much wider audience.  We have run projects that celebrate authors and illustrators from other countries such as 'Reading Round the World' establishing that children are receptive to new and different books from other countries and debated issues around the subject of translation in seminars that we've run. More recently we developed the 'Reading the Way' project specifically to explore accessible and inclusive books from around the world that has resulted in the production of a comprehensive research report available to download from our website.

We have created a unique website http://www.outsideinworld.org.uk where we feature the most exciting books from all over the world and introduce them to UK audiences, enabling them to broaden their reading experience and explore different cultures. We have dedicated zones for book professionals, teachers and librarians, parents and young people, a book database based on our collection of 1,200+ titles, a large number of which are reviewed on our website and an online gallery featuring many images from international illustrators.

Our Book Professional Zone provides 'Step-by-Step Guides' for both publishers and translators, a searchable grant and residencies section as well as general information on Prizes, magazines and journals and general articles and news about books in translation.

Despite some of the disappointing figures I am optimistic about the future. For a start the UK is definitely more reception to books in translation and I believe things are slowly changing. We have independent publishers with a particular focus on translation, some specialising in particular regions of the world, while others regularly produce titles in translation. New developments this year will see Barrington Stoke publish several translated titles and Book Island (originally in New Zealand) will now be based in the UK. We also have access to several international publishers whose titles are distributed here. 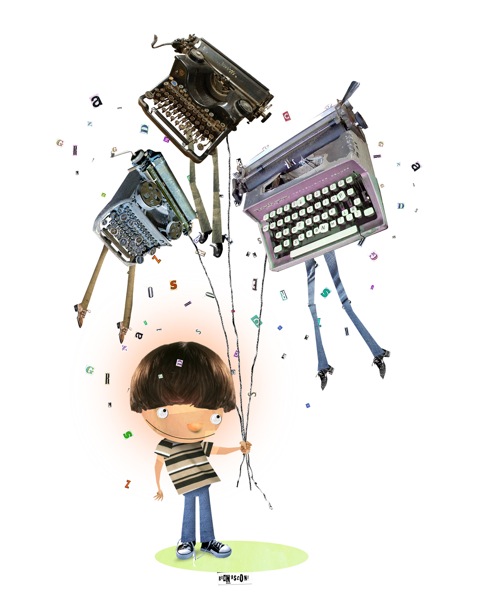 OIW is regularly asked for advice by both UK and International publishers and translators and we have noticed that there does seem to be more interest in translating books from other countries but that interest needs to be turned into reality and the more awareness and information out there the better.

Looking forward to the next ten years, OIW will continue their work in this field: to consult with children, conduct research, build on our partnerships and networking and to grow our range of practical resources for professionals, all of which we hope will help to make our dream a reality of seeing many more wonderful books in translation during the next decade.